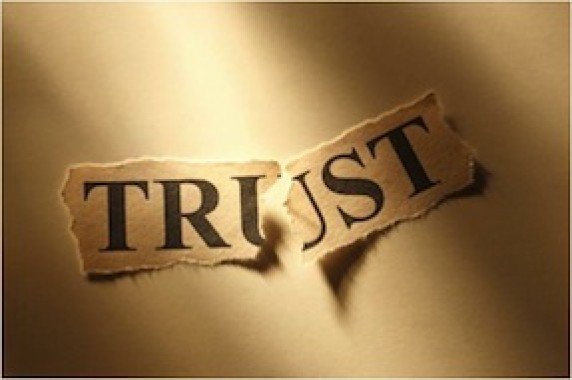 Theme: The Arrest of Jesus.

Arresting Jesus, they marched Him off and took Him into the house of the Chief Priest. Peter followed, but at a safe distance. In the middle of the courtyard some people had started a fire and were sitting around it, trying to keep warm. One of the serving maids sitting at the fire noticed him, then took a second look and said, “This man was with him!” He denied it, “Woman, I don’t even know Him.” A short time later, someone else noticed him and said, “You’re one of them.” But Peter denied it: “Man, I am not.” About an hour later, someone else spoke up, really adamant: “He’s got to have been with Him! He’s got ‘Galilean’ written all over him.” Peter said, “Man, I don’t know what you’re talking about.” At that very moment, the last word hardly off his lips, a rooster crowed. Just then, the Master turned and looked at Peter. Peter remembered what the Master had said to him: “Before the rooster crows, you will deny Me three times.” He went out and cried and cried and cried. (Luke 22: 54-62 MsgB)

What a horrific evening for both Peter and Jesus of Nazareth.

It begins with a nice dinner party with Jesus and a few of His closest friends and associates. Passover Seder 33 AD. During the course of the evening, Jesus acts as though this might be His last Passover celebration with them. He warns His disciples about trouble to come, but the guys just don’t get the seriousness of His warnings. Peter seems to be the only one listening, but his response is one that simply draws the spotlight onto himself rather than focusing on Jesus. After dinner, the team decides to take a stroll in the nighttime air. They end up at one of their favorite parks in Jerusalem. Mt. Olive.

Once there, the reality begins to hit them. This evening is like none other they’ve ever experienced with the Master. Jesus is obviously different tonight. He’s not His jovial self. He seems deeply troubled. His actions show that something has truly changed. He’s talking sudden persecution, death and suffering. He’s warning of betrayal and treachery.

Suddenly Judas, one of the team members, steps from behind a tree, walks up to Jesus and kisses Him on the cheek. The other disciples aren’t alarmed at first, but immediately after Judas greets the Master, a host of Temple guards swarm into the park. They sweep in and grab Jesus, holding His arms so tightly He can barely move.

One of the disciples, some suggest Peter, pulls out a sword and cuts off the ear of the Chief Priest’s servant. Jesus sees His disciple’s inept abilities with the sword and quickly calls out for Peter to not try to be a hero tonight. His cry is most likely heard by only one or two because by now, most of the team has scattered, running as fast as they can away from the fray.

The betrayal Jesus refers to earlier in the evening has now begun.

The Temple guards take Jesus off to the Chief Priest’s home. More than likely, this house is well known throughout the community. A place of influence. A home well furnished and worthy of a person of such high esteem. The courtyard outside the Chief Priest’s home is fairly large. Big enough for a crowd of people to gather.

Peter stands in the shadows, trying his best to see and hear what’s going on. On one hand Peter is fairly nervous about being seen in the crowd, yet being the bold and confident man that he is, he’s rather proud of himself. While the others have run and hid themselves away, Peter is being true to his word. Earlier, Peter claims that while the others might fall away, he will never shrink back from defending Jesus and His Kingdom cause. At this moment, he is standing true to his word.

But suddenly, Peter’s words are now about to be tested.

Keep in mind that in God’s economy, our words always need to be tested. That’s because words are relatively cheap. It’s follow-up action to our words that truly prove to God and to us that we really mean business.

And just as Jesus predicts, Peter, too, fails in his promise of words. When push comes to shove, even strong-willed Peter displays his true colors, abandoning Jesus of Nazareth to stand in His faith with no one by His side.

This cold hard night of betrayal takes an ever-increasing toll on Jesus. Before this night is over, Jesus will find Himself totally alone. No friends. No family. No comrades. No partners in ministry. No one.

My prayer: Jesus, Your aloneness on this evening strikes at my heart. After three years of Kingdom ministry, touching literally thousands and thousands of people for the purposes of God, not one of those recipients of grace is there for You on this night of rejection and betrayal. I personally want to say ‘thank You’ for Your amazing willingness to face that night of aloneness for my sake. May the world know the full cost You paid in being obedient to God’s plan of redemption. For Your name’s sake. Amen.

My questions to ponder: Aloneness and betrayal hits hard at the human heart. What impact can come in my life from realizing that I have a Savior who faced extreme aloneness and deep betrayal and yet still stood His ground for Kingdom purposes? What God-breathed resolve that I see operating in Jesus here might be available to me when I have my moments of feeling alone and betrayed by others?

So what is God speaking to you today as we ponder together The Ignatian Adventure?

Over an eight month period, you and I will be working our way through the Spiritual Exercises of Saint Ignatius. For more information on our journey and how to begin…click here!

To go onto the next journal entry…click here.

Consider supporting us here at The Contemplative Activist. You can help create a growing market for the ancient art of Christ-centered contemplative activism. Not through big publishers or big denominations, but through grassroots movements like ours. We believe true reformation of the church could occur by encouraging the growth of contemplative activist voices in the Christian marketplace. Even a few dollars will help the cause! THANK YOU.