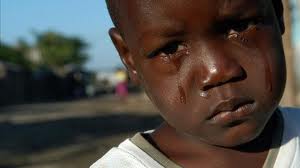 We in the American church have a problem that clouds our perspective on the reality of poverty. Because of our culturally-derived attitudes, we’ve emphasized the “right” of Christians to be prosperous to the de-emphasis of ministry to the oppressed poor. Scripture does indicate that the redeemed of the Lord will prosper. In Church Growth terminology this is called “Redemption and Lift.” Once a people or community has been largely redeemed, there will be a dimension of social-economic lift that is measurable over a few generations. So while it is true that we can expect to prosper, there is a PURPOSE for our prosperity. We have become a part of the redemptive plan of God in meeting the needs of people less fortunate than we are as a community and as a people. John Wimber

Our Theme: ON COMPASSION.

Poverty, as defined in a dictionary, is the state of one who lacks a certain amount of material possessions or money. In a larger sense, poverty is the inability to obtain choices and opportunities, a violation of human dignity. It means not having the basic capacity to participate effectively in society: not having enough to feed and clothe a family, not having a school or clinic to go to, or not having the land on which to grow one’s food and/or a job to earn one’s living. Poverty means insecurity, powerlessness and exclusion of individuals, households, and communities. Sadly, it also means a certain susceptibility to violence, and it often implies living in marginal or fragile environments, without access to clean water or sanitation. Groups who study poverty around the world use the term “absolute poverty” that refers to the deprivation of basic human needs, which commonly includes food, water, sanitation, clothing, shelter, health care, and education. In 2008, the World Bank estimated that 1.29 billion people on our planet exist in “absolute poverty.”

The opposite of poverty is prosperity. Those living in prosperity, then, will have ready access to all those same basic needs that those living in poverty don’t. So simply said, our world ends up being divided into two groups; the “haves” and the “have nots.” Sadly, this mismatch of opportunity has been with us here on planet earth for a very long time. Those who “have,” when left to their own devices, tend to stay that way, while the “have nots” will tend to stay in poverty as well. On the good side, recent reports tell us that between 1990 and 2010, approximately 663 million people moved above the absolute poverty level for the first time! But sadly, extreme poverty remains a global challenge and, as Jesus so accurately pointed out to his disciples, “you will always have the poor in your midst.”

Every generation of Christians since the day Jesus first stated the obvious, has had to wrestle with the very difficult questions surrounding poverty and prosperity. As Wimber said, world history shows us that the Good News of Jesus, when lived out within a society for many years, does tend to bring an upward lift to that society. Indeed, God desires his people to prosper, and as a people following Jesus and his commands, it’s true that poverty is reduced in that society where the kingdom of God flourishes. I like the way Wimber states it. In the economy of God, “there is specific purpose to prosperity.” From a biblical perspective, all wealth and material blessings (i.e., prosperity) come from the hand of God. Sadly, many people, including many Christians, often forget this fact, giving themselves the credit for their ability to accumulate great wealth or earthly success. So when a godly man or woman prospers, it’s vitally important in the economies of God’s kingdom, then, for that same prosperous person to always remember, in generosity, the poor; giving back to those in poverty a healthy portion of wealth so that all in the community may be blessed.

Generosity, you see, is a gift of the Holy Spirit. A man or woman can operate in generosity even though they might be living in prosperity or poverty. In fact, I’ve met some folks living near poverty levels who operate more in the gift of generosity than those who have been blessed with great prosperity! So the key then, whether a person lives in prosperity or in poverty, is to become a generous person. And a generous person, working under the unction of the Holy Spirit, can change a lot of earthy circumstances in amazing ways. Pastor Chuck Swindoll had a marvelous teaching on this subject. He called it “Hilarious Generosity” and he said that when a person begins living in the grace of generosity, it becomes nearly laughable in the way a generous person can bring great joy in the midst of great suffering.

So there you have it, my friends. May the Lord of the Harvest, who offers us his bounty of prosperity, also grant to us his hilarious gift of generosity. As I see it, with it, the poverty levels around the world could take yet another big hit in the days to come!

Father God, poverty is, without a doubt, a condition birthed in the pits of hell. No one should have to live in the grips of poverty and if we, your people, can become an increasingly generous people, led by your Spirit, many, many more, who are presently living in absolute poverty, can be lifted out of that hell-hole. For your name’s sake. Amen!

QUESTION FOR YOU TO PONDER

So, what is God speaking to you today as you ponder the Wisdom of Wimber?

Between Easter 2016 and the end of August, we are sharing with you a blog series we call The Wisdom of Wimber: As I See It. In order to keep all 64 blog sessions organized, we suggest you bookmark our Wisdom of Wimber page for ease of use. Might we also suggest that you order a copy or two of our book by the same title! It’s available in both paperback and e-book formats…and will soon be available in Spanish! Click here for more info. ENJOY!