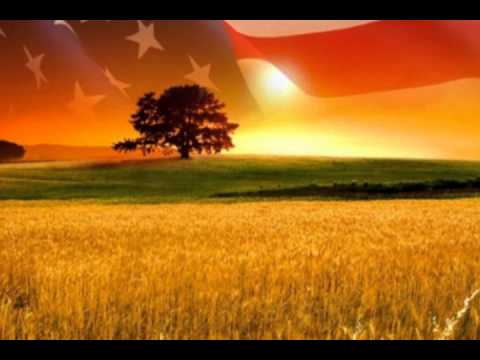 As we wake up this morning, we mourn the great loss of life suffered this week in communities such as Baton Rouge, Minneapolis/St. Paul, and Dallas. As I see it, across America this day, there is a hush of remembrance, a call from above. As I reflected this morning on this painful loss of life, I’m reminded of a song we Americans have sung since the earliest days of the 20th century. And while it’s not as popular now-a-days to sing patriotic songs as it was when I was a child, I’m still moved to share these four stanzas with you today. Here’s a bit of the story behind the song…

In 1893, at the age of 33, Katharine Lee Bates, an English professor at Wellesley College, had taken a train trip to Colorado Springs, Colorado, to teach a short summer school session at Colorado College. Several of the sights on her trip inspired her, and they found their way into her poem, including the World’s Columbian Exposition in Chicago, with its promise of the future contained within its alabaster buildings; the wheat fields of America’s heartland Kansas, through which her train was riding on July 16; and the majestic view of the Great Plains from high atop Zebulon’s Pikes Peak. On the pinnacle of that mountain, the words of the poem started to come to her, and she wrote them down upon returning to her hotel room at the original Antlers Hotel. The poem was initially published two years later in The Congregationalist to commemorate the Fourth of July. It quickly caught the public’s fancy. Amended versions were published in 1904 and 1911.

Several existing pieces of music were adapted to the poem. A hymn tune composed by Samuel A. Ward was generally considered the best music as early as 1910 and is still the popular tune today. Just as Bates had been inspired to write her poem, Ward, too, was inspired to compose his tune. The tune came to him while he was on a ferryboat trip from Coney Island back to his home in New York City, after a leisurely summer day in 1882, and he immediately wrote it down. He was so anxious to capture the tune in his head, he asked fellow passenger friend Harry Martin for his shirt cuff to write the tune on. He composed the tune for the old hymn “O Mother Dear, Jerusalem”, re-titling the work “Materna”. Ward’s music combined with Bates’s poem were first published together in 1910 and titled “America the Beautiful”.  (thanks to Wikipedia for this overview!)

O beautiful for spacious skies,
For amber waves of grain,
For purple mountain majesties
Above the fruited plain!
America! America!
God shed His grace on thee
And crown thy good with brotherhood
From sea to shining sea!

O beautiful for pilgrim feet,
Whose stern, impassioned stress
A thoroughfare for freedom beat
Across the wilderness!
America! America!
God mend thine every flaw,
Confirm thy soul in self-control,
Thy liberty in law!

O beautiful for heroes proved
In liberating strife,
Who more than self their country loved
And mercy more than life!
America! America!
May God thy gold refine,
Till all success be nobleness,
And every gain divine!

O beautiful for patriot dream
That sees beyond the years
Thine alabaster cities gleam
Undimmed by human tears!
America! America!
God shed His grace on thee
And crown thy good with brotherhood
From sea to shining sea!

Our prayer for today:

Dearest God, our Divine Creator, may all Americans, despite our troubling differences surrounding race, religion, or politics, humbly stand together, united in faith, hope and love in these difficult times. May we put aside, if only for a moment, our own needs and wants, and consider those needs and wants of others. Let us be peacemakers rather than war-mongers. Let us be good listeners rather than loud orators. And may You, O Lord, shed Your amazing grace on America, during these turbulent times, crowning everything good with Your spirit of brother and sisterhood, from sea to shining sea. For Your Name’s sake. Amen.

May the Good Lord Bless and Keep You… 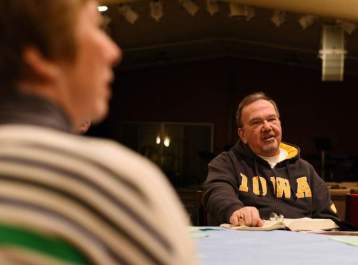