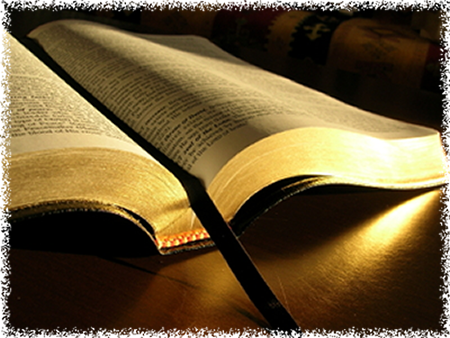 Contrary to what you may have heard or assumed, everything doesn’t rise and fall on leadership. Maybe that is true in a leadership culture – like those of Jim Jones, Adolf Hitler, and Attila the Hun. But everything is different in a followership culture, which is what I am convinced the church is meant to be. Leonard Sweet, I Am a Follower.

So here’s our dilemma.

In my last seven blog entries, I’ve attempted to make the point that we twenty-first century Christians just might have taken well-accepted secular words like ‘leader’, ‘leading’ and ‘leadership’, and force-fit them onto the lives of those who are called by God to serve the body of Christ. As I see it, we’ve only assumed that the New Testament is full of fine examples where ‘leadership’ is defined, and then with little concern for biblical accuracy, we’ve assembled a long shopping list of qualifiers geared to define ‘successful’ leadership in the American church.

I’ve shared my list of twenty top qualifiers for successful Christian leadership in this blog series earlier, but let me do it one more time for those who might have missed it:

Successful church leadership must be:

Now I know there will be some who deny the charge, but quite honestly, I’m certainly not the first to suggest we Americanized Christians have chosen to define ‘successful’ leadership in the church by using the latest buzz words on leadership as defined by our secular, Americanized corporate counterparts. Glenn Wagner, a former co-worker with me in the men’s ministry, Promise Keepers, penned a book in recent years addressing these issues. He calls his book Escape from Church, Inc. In the book, Glenn addresses the sad way in which we Americanized Christians have adopted more of a corporate stance to church life, running our churches by using business models where CEO’s, business managers, and high-powered executives become the role-models for God’s pastors and shepherds.

But back to Scripture. Earlier (in session 7), I’ve shown you the seven New Testament passages (in the NIV) where the authors of the NT use Greek words equivalent to our English words, (LEADER, LEADERS, LEAD, LEADS, LEADING, LED and LEADERSHIP) to describe those who serve as overseers in the NT church. Interestingly, these same Greek words associated with our root word of ‘lead’, while used in a positive manner seven times in the NIV New Testament, are completely ignored when we look at the three or four key New Testament passages that are most commonly used when dealing specifically with ‘leadership’ titles, qualifications, and maturity.

So today, let’s again go back to the New Testament and get some ideas on what the writers were actually thinking when they gave clear instruction about the people who were to be appointed to ‘leadership’ positions within the church.

1 Timothy 3: 1-7, 8-13 (NIV) Here is a trustworthy saying: If anyone sets his or her heart on being an overseer, he or she desires a noble task. Now the overseer must be above reproach, the husband or wife of but one spouse, temperate, self-controlled, respectable, hospitable, able to teach, not given to drunkenness, not violent but gentle, not quarrelsome, not a lover of money. He or she must manage their own family well and see that their children obey with proper respect. (If anyone does not know how to manage his or her own family, how can they take care of God’s church?) He or she must not be a recent convert, or they may become conceited and fall under the same judgment as the devil. He or she must also have a good reputation with outsiders, so that they will not fall into disgrace and into the devil’s trap. In the same way, deacons are to be worthy of respect, sincere, not indulging in much wine, and not pursuing dishonest gain. They must keep hold of the deep truths of the faith with a clear conscience. They must first be tested; and then if there is nothing against them, let them serve as deacons. In the same way, the women are to be worthy of respect, not malicious talkers but temperate and trustworthy in everything. A deacon must be faithful to his or her spouse and must manage his or her children and household well. Those who have served well gain an excellent standing and great assurance in their faith in Christ Jesus.

Titus 1: 5-9 (NIV) An elder must be blameless, the husband or wife of but one spouse, a man or woman whose children believe and are not open to the charge of being wild and disobedient. Since an overseer is entrusted with God’s work (NAS= steward), he or she must be blameless–not overbearing, not quick-tempered, not given to drunkenness, not violent, not pursuing dishonest gain. Rather they must be hospitable, one who loves what is good, who is self-controlled, upright, holy and disciplined. He or she must hold firmly to the trustworthy message as it has been taught, so that they can encourage others by sound doctrine and refute those who oppose it.

1 Peter 5: 1-4 (NIV) To the elders among you, I appeal as a fellow elder, a witness of Christ’s sufferings and one who also will share in the glory to be revealed: Be shepherds of God’s flock that is under your care, serving as overseers–not because you must, but because you are willing, as God wants you to be; not greedy for money, but eager to serve; not lording it over those entrusted to you, but being examples to the flock.

Ephesians 4:11-13 (NIV) So Christ Himself gave the apostles, the prophets, the evangelists, the pastors and teachers, to equip His people for works of service, so that the body of Christ may be built up until we all reach unity in the faith and in the knowledge of the Son of God and become mature, attaining to the whole measure of the fullness of Christ.

As we look at these 4 important New Testament passages on ‘leadership’, isn’t it intriguing to you that the New Testament writers chose to use words like:

Note that there is no mention (in the NIV) of the ‘leadership’ words we’ve been discussing throughout this blog series. Nowhere in these important passages, where the writers are informing us about qualifications for ‘leadership’, do we find the Greek words associated with our English words for LEADER, LEADERS, LEAD, LEADS, LEADING, LED, or LEADERSHIP!

Elsewhere in the New Testament, we will find an abundance of other important qualifiers for those who serve the body of Christ. Words like ‘being a follower of Jesus’, a ‘disciple’, a ‘steward’, a ‘servant’, a ‘minister’, or ‘maker of disciples’ all appear with striking regularity. But frankly, my friends, you simply don’t find Greek words that would insert our common concepts of: leader, CEO, business manager, operations director, rancher, entrepreneur, goal setter, motivator, problem-solver, risk-taker, team-builder, or visionary!

Next time, I want to share two additional revealing texts, this time from the Gospels themselves. Two passages we must address (from the NAS version) that should rock our world when it comes to the popular idea of ‘successful leadership’ as defined from a worldly viewpoint.

(For those of you who are wanting to look under the hood on the “word” statistics I’m presenting in this blog series, click here for all of the biblical references we refer to in this post)

My prayer: Father God, it’s obvious that in New Testament times, the ‘leadership’ model of the day was oppressive, dominating people through control and manipulation. So rather than use ‘leadership’ terms that reflected the times, different ideas were offered, words such as overseer, deacon, elder, shepherd, apostle, prophet, evangelist, pastor, and teacher, encouraging Your church to take a whole different approach to leadership. Holy Spirit, allow me today to pay attention to this same awareness in my society. For Your name’s sake. Amen.

My questions to ponder: As I review the texts from the New Testament that are commonly referred to as ‘leadership qualification’ texts, which words stand out for me? Overseer, deacon, elder, shepherd, apostle, prophet, evangelist, pastor, teacher. Which words might Jesus want me to dig deeper into as I continue on in my leadership role within the church?

So, what is God speaking to you today as we ask the question, To Lead Or Not To Lead?

As I see it, something needs to change in the way we define ‘successful’ Christian leadership. And the question today should not be, ‘Do we need leadership?’ but rather, ‘What kind of leaders is God asking men and women to be? Over a four-week period, you and I will take a deeper look at this question. In order to keep all the blog sessions organized, we suggest you bookmark our To Lead Or Not To Lead? home page for ease of use. ENJOY!

Click here to go on to the next session…