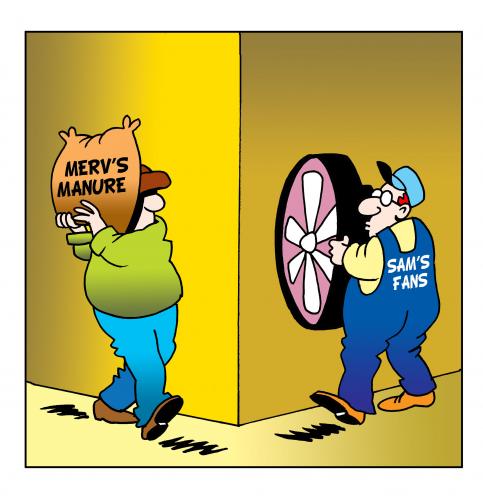 A David Psalm, When He Fought Against Aram-naharaim and Aram-zobah and Joab Killed Twelve Thousand Edomites at the Valley of Salt.

God! You walked off and left us, kicked our defenses to bits,
And stalked off angry. Come back. Oh please, come back!

You shook earth to the foundations, ripped open huge crevasses.
Heal the breaks! Everything’s coming apart at the seams.

Historians believe that Psalm 60 was written when King David was facing a pot-load of problems. From what we understand from the long sub-title to this psalm, King David was up north in what today is Iraq, fighting against the enemies of Israel. And while Israel’s armies are pre-occupied up north, the Edomites saw a great opportunity to slip into Israel from the south and kick some butt in Jerusalem while the King is out-of-town on business.

In other words, the poop is hitting the fan for the good guys. And just as America has been finding out over the last decade how very difficult and costly it is to fight two wars in two different places, so Israel, at the time of the writing of Psalm 60, was being challenged to the hilt by her enemies.

To David, a man who trusts God to keep his world from coming apart, this trying season of fighting two wars against two bloodthirsty enemies was nothing less than a God-disaster. An earthquake of major proportion. A disaster where “everything’s coming apart at the seams.”

A time when the proverbial poop is hitting the fan!

(I’d use stronger language here to describe this situation, but I’m sure some of my blog readers might think me too crass if I used the word you know I want to use. Right?)

But let’s be honest here. King David finds himself in one tough pickle.

I’m guessing if you’ve been following God for very long, you’ve experienced, like I have, times when it seems like God took a left turn at the last corner and you took a right. Seasons, as I say it here, when the poop hits the fan. Times when you look to the heavens for help but only see your reflection looking back at you.

Quite honestly, I hate these times. Don’t you?

And somehow, I think King David did as well. Some scholars believe that Psalm 60 is referring to an actual earthquake when King David complains about God shaking the earth to the foundations, ripping open huge crevasses. Others say that this is David’s way of saying how earth-shaking it is to face two enemies at the same time. Either way, David and his people are under the gun and nothing looks too promising at this moment for a quick answer.

You and I have the luxury of reading Psalm 60 after the fact. We know, for example, how the story turns out for David. We know that God rescued him and gave his armies the ability to win two wars at the same time. But we must remember, that when David was writing this song of his, he didn’t have that wonderful vantage point that we do, knowing how this horror story might turn out.

And that, my friends, is the reason I love Psalm 60.

Here’s a song that is written, for the most part, in the midst of a season when the poop is hitting the fan for King David. And in knowing that, I take great comfort in the knowledge that my God will never leave me, even when it feels as though He did. Like David, I can be completely honest with my feelings of being deserted by God, yet still not deny my trust in His ability to save me when the situation is far beyond my abilities and strength to control.

And I don’t know about you, but I certainly feel better knowing that a good guy like King David was able to be gut-honest with himself and his God when he felt overwhelmed by his problems. So the next time you and I find ourselves fighting two major enemies at both ends of our lives, might I suggest we take out Psalm 60 and sing our way through those trying times?

My prayer: Father, I really don’t like the fact that I will have seasons in my life when the poop hits the fan. I hate that. But I also take great comfort in knowing that Your history of working with Your people in such times has a very good track record! Thank You for giving me David’s song so I can sing it when I find myself in similar trying times. For Your name’s sake. Amen.

My questions to ponder: When my earth shakes to its foundation and huge crevasses open up in my life, where do I go for help? How can I better adopt King David’s method of turning to God in such times, allowing room for Him to deliver me from my enemies who are attacking me from both ends?

Over a 50-week period, you and I will take a deeper look at The Psalms: God’s Songbook of Prayers. In order to keep all the blog sessions organized, we suggest you bookmark our Contemplating the Psalms home page for ease of use. Keep in mind that one of the best ways to explore the on-going applications of this blog series is to walk alongside a biblically-based, Christ-centered spiritual director who is familiar with how to make material like this part of your overall spiritual formation in God. Many of our directors in our Sustainable Faith-Heartland network are available to companion you in your journey with Jesus. Click here for more info.