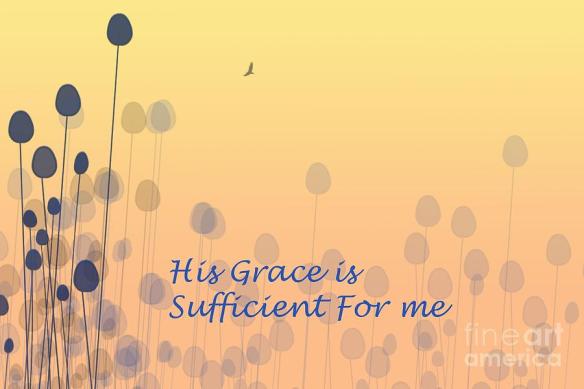 The work of spirituality is to recognize where we are – the particular circumstances of our lives – to recognize grace and say, ‘Do you suppose God wants to be with me in a way that does not involve changing my spouse or getting rid of my spouse or my kids, but in changing me, and doing something in my life that maybe I could never experience without this pain and suffering?’ Eugene Peterson (from Rodney Clapp’s Introduction toThe Contemplative Pastor p.13)

It’s 2010. I’m in the midst of some of the toughest times I’ve experienced as a pastor. I’m sitting in the food court of my local super-market with my good buddy, Pastor Richard Speight. Two men, lovers of Jesus, adoring fans of the writings of Eugene Peterson, comparing life notes that we’ve accumulated over our combined 50+ years of pastoral ministry.

Richard (Dick to his good friends) has been a pastor for nearly as many years as I have, successfully serving in several Methodist churches here in Iowa. At one time he was the rising superstar of Methodist pastors in this region. He had worked the 3-B’s (B)uildings, (B)ucks, and (B)utts very well in his pastoral assignment in Ottumwa, Iowa and back in the 1990’s was now being invited by his conference leaders to take over a struggling church in my community of Cedar Rapids. The church had gone through a disastrous time where the former pastor self-imploded and the church was struggling to survive.

Dick, the young Methodist wonder-working pastor, was being brought in to redeem the work in Cedar Rapids. And redeem the work, he did. He worked the 3-B’s and got the church not only back on its’ feet, but it soon became one of the stronger congregations in the area. Dick is quick to admit that it wasn’t just his expertise at church growth but also the powerful in-breaking of the Holy Spirit that was pumping life into both him personally, but also into the dying church. I was working for Promise Keepers at the time and I saw Dick’s church as one that was experiencing true renewal and revival. I recall meeting with Dick on several occasions back then and every time we met, I saw a man on fire for God. A Methodist pastor who was aflame with the original passions and vision of John Wesley. A man full of God’s Spirit, bringing a ‘method’ of revival to a people whose hearts and faith had grown cold.

But then it happened.

At first, it was only a sputter here and a clunk-da-de-clunk there. But slowly and surely, the wheels of his revived Methodist church in Cedar Rapids began to fall off the wagon. Over a period of about five years (2001-2006), Dick went, in the eyes of his overseers, from being a successful young pastor with one of the fastest growing churches in the state of Iowa, to becoming a faltering leader, thrown to side of the road by his brethren, rejected as an unpredictable, overly-charismatic pastor who was unfit to lead any church in the Iowa synod. The pain and devastation of this season in Dick’s life was overwhelming. Yet through it all, to Dick’s credit, he kept his eyes on the Lord and the grace that Paul says in his second letter to the Corinthians (12:9) is sufficient in all things.

Now here we are, all these years later. Dick and I are sitting at a local cafe, sipping coffee, and we’re talking about that same grace that is sufficient to carry us through the best of times and the worst times of pastoral ministry. As I see it, Pastor Speight is one of my heroes! Dick, you see, in the midst of accusations and pain decided to let Jesus have the final say, and now, the Lord has placed him as an overseer of a vibrant ministry called Come Rest, encouraging highly-driven 3-B pastors and church leaders like me to slow down their busy lives, giving them practical tools in learning Jesus’ unforced rhythms of grace.

One overcoming pastor (Dick) meeting with another well-worn pastor (yours truly) who’s doing his very best to figure out which way is up as the wheels are coming off his little red wagon. Two men talking about the grace of God that is sufficient to carry us through the worst trials life can throw at us. Survivors of pastoral ministry in America. Two recovering 3-B pastors who’ve seen both the joys of serving Jesus in the local church and the pain of seeing Him take it all away in order to teach us the power of His amazing grace.

A Methodist pastor and a Vineyard pastor. One who follows the methods and teachings of Jesus as demonstrated through John Wesley. The other who practices the Kingdom presence of God as lived out by John Wimber. Two godly men who first set out to change the world for Jesus but ended up realizing that change first needed to start within us.

Today, we’re two guys with a dream that the North American church can be renewed and revived again, if we’ll only get back to the original recipe drawn up by the Master, Lord Jesus. Abide in the vine. Bear good fruit. Learn the unforced rhythms of grace. A grace that is sufficient to carry us through the most difficult of times. A grace too amazing to put into words. A grace, as Eugene Peterson says, that comes through God “doing something in my life that maybe I could never experience without this pain and this suffering.” Here’s my salute to Dick Speight. A pastor’s pastor. A man who has earned the right to be called ‘pastoral shepherd’ of the Living God.

My prayer: Jesus, without a doubt, following You into pastoral ministry can have its share of ups and downs. One day, we can be heroes; the next, rejected warriors, licking our wounds while wondering where things went wrong. Through it all, Master, You extend Your grace that is indeed, so amazing, so complete; that all I can say is “Thank You!” For Your name’s sake. Amen.

My questions to ponder: What part of my life right now just might be one of those areas Eugene Peterson refers to here? What good thing is God doing in my life right now that, maybe, just maybe, I might never experience without this pain and suffering attached to it?

So what is God speaking to you today as we ponder together The Contemplative Pastor?

Over a 37-blog series, you and I will take a deeper look at Eugene Peterson’s classic, The Contemplative Pastor: Returning to the Art of Spiritual Direction. In order to keep all the blog sessions organized, we suggest you bookmark our blog series home page for ease of use. Keep in mind that one of the best ways to explore the on-going applications of this blog series is to walk alongside a biblically-based, Christ-centered spiritual director who is familiar with how to make material like this part of your overall spiritual formation in God. Many of our directors in our Contemplative Activist network are available to companion you in your journey with Jesus. Click here for more info.

Click here to continue to the next blog in this series…