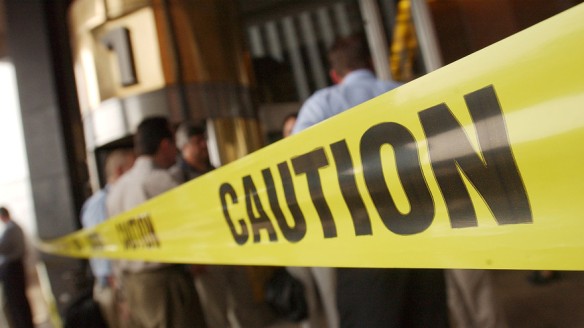 This is post #2 of a series entitled RELIGION OR RELATIONSHIP: Five Days that Define Our Call in Christ. We hope you’ll enjoy this series of 27 podcasts and blogs that focuses a bit deeper on the first five days of what we now call Holy Week. Using the Gospel text found in Matthew 21 through 25, we explore the major differences between organized religion and true relationship with Christ. Practical sessions that give us Jesus’ view of spirituality as compared to the religiousness found in so many people today. Here’s the homepage for the entire series.

Click here to listen to the podcast version of this blog!

Today’s Lectio Divina: Jesus, now well on the way up to Jerusalem, took the Twelve off to the side of the road and said, “Listen to Me carefully. We are on our way up to Jerusalem. When we get there, the Son of Man will be betrayed to the religious leaders and scholars. They will sentence Him to death. They will then hand Him over to the Romans for mockery and torture and crucifixion. On the third day He will be raised up alive.” It was about that time that the mother of the Zebedee brothers came with her two sons and knelt before Jesus with a request. “What do you want?” Jesus asked. She said, “Give Your word that these two sons of mine will be awarded the highest places of honor in Your kingdom, one at Your right hand, one at Your left hand.” Jesus responded, “You have no idea what you’re asking.” And He said to James and John, “Are you capable of drinking the cup that I’m about to drink?” They said, “Sure, why not?” Jesus said, “Come to think of it, you are going to drink My cup. But as to awarding places of honor, that’s not My business. My Father is taking care of that.” When the ten others heard about this, they lost their tempers, thoroughly disgusted with the two brothers. So Jesus got them together to settle things down. He said, “You’ve observed how godless rulers throw their weight around, how quickly a little power goes to their heads. It’s not going to be that way with you. Whoever wants to be great must become a servant. Whoever wants to be first among you must be your slave. That is what the Son of Man has done: He came to serve, not be served—and then to give away His life in exchange for the many who are held hostage.”  Matthew 20: 17-28 (MsgB)

On Ash Wednesday (two days from now) we plan to enter into a Lenten season journey with the first five days of Holy Week, as found in Matthew’s Gospel. But, I must warn you. What we are about to read (Matthew 21-25) is not meant to comfort us, but to challenge us.

As I see it, the way you and I have been living out our Christianity here in America is being challenged to the hilt. And when I say that, I don’t just mean that our traditional Christian worldview is being threatened by our secular culture. While indeed, that is happening, I also believe that our traditional Christianity, the faith that most of us grew up with, living in America during the second half of the 20thcentury and now the beginnings of the 21stcentury, is being challenged by the Master, Himself!

You see, here’s a hard truth.

Jesus never came to earth to fulfill my hopes and dreams, but God’s. It’s obvious from reading today’s pre-text from Matthew 20 that Jesus’ first-century disciples had a completely different viewpoint on why Jesus was about to go into Jerusalem. For James and John and the others, it was all about taking the nation back for God. To steal a phrase from today’s culture, it was all about making Israel great again!

To Jesus’ disciples, going into Jerusalem was all about right vs. wrong, us vs. them. So, when James and John’s mother comes to the Master, beseeching Him for thrones for her two sons, Jesus would have none of it. And when the other disciples caught wind that two of their own had already asked for something they thought they deserved; holy hell broke out amongst the team. So, when Jesus sees all these shenanigans, godly men now fighting like hungry dogs over meaty bones, He was absolutely beside Himself.

Jesus knows, that before He can step into the warfare awaiting Him in the holy city of Jerusalem, He had to teach His own disciples a very important lesson in true spirituality:

Established religion and the ways in which we practice it are very often an enemy to right relationship with God.

Jesus and His disciples, you see, are about to step into the center of their organized religion. Jerusalem, God’s Holy City, 33 A.D. And if Jesus can’t convince these self-centered, self-focused, power & position hungry leaders-in-training to understand the difference between religion vs. relationship, it could very well be that the good portion of God’s plans for redeeming the world just might be at high risk!

Could it be that the same thing might be occurring today?

My Prayer: Jesus, it’s easy for me to see how selfish and self-centered Your disciples were, yet could it be that I’m not seeing those same tendencies in myself? Holy Spirit, come illuminate my life, exposing those areas of my existence where I’m more interested in fulfilling my own interests than in following the Master. For Your Name’s sake. Amen.

My Questions to Ponder: Just like Jesus’ first-century disciples, am I looking for Him to fulfill my hopes and dreams, or am I willing to lay those desires down in order to follow the Master where He’s going instead? Am I fully aware of the conflict between established religion and right relationship with God? Are there places where I’m trying to reconcile these differences versus choosing Jesus over the latter?

So, what are you hearing from Jesus as we take this journey into the first 5 Days of Holy Week?

Religion or Relationship: Five Days that Define Our Call in Christ.

Throughout the Lenten season (Ash Wednesday to Easter Sunday), you and I will take a deeper look at Matthew 21-25. In order to keep all the blog sessions organized, we suggest you bookmark our blog series home page for ease of use.

Click here to go onto the next session in this series…

1 thought on “Session 2: A Stern Pre-Warning From The Master.”