I’m old enough to remember when America was fighting a war in a far-off place called Vietnam. The nation was divided between Hawks and Doves. Some said we needed to be there in order to stop Communism. Others said we were there for all the wrong reasons.

Vietnamese American photographer Nick Ut photographed terrified children running down a road near Trang Bang District in the southeastern province of Tay Ninh after a South Vietnamese plane dropped napalm on South Vietnamese troops and civilians. Americans opened up their newspapers the next morning and were suddenly looking face-to-face at the ravages of war. A once distant battle suddenly became real. Some say this one photograph changed the way Americans viewed the War in Vietnam. No longer could we ignore the truth. The war needed to end. 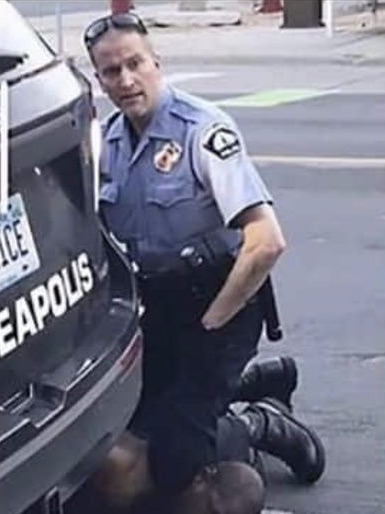 In Minneapolis, on Memorial Day 2020, a routine police call turned quickly into a nightmare. Just as the one picture from Vietnam in 1972 represented both a personal tragedy yet also exposed a much larger problem, so this picture from Minneapolis tells us what all Americans still need to know. Racism in the land of the free still lives. My prayer is that this one picture might help more of us see this larger war you and I are in. May this one picture not provoke more hatred but might it allow all of us to make the daily choices we need to make so that we treat others as we, ourselves, wish to be treated.

So in everything, do to others what you would have them do to you.

3 thoughts on “One Photo Can Change A Nation’s Direction.”