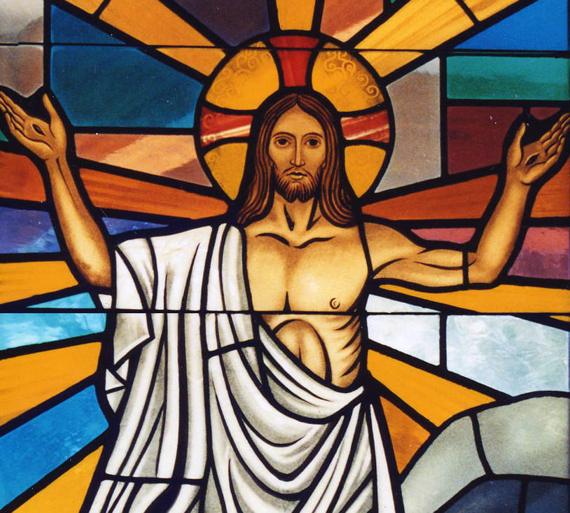 The “Fourth Week”: Week Twenty-Eight/Session One.

While they were saying all this, Jesus appeared to them (the disciples) and said, “Peace be with you.” They thought they were seeing a ghost and were scared half to death. He continued with them, “Don’t be upset, and don’t let all these doubting questions take over. Look at My hands; look at My feet—it’s really Me. Touch Me. Look Me over from head to toe. A ghost doesn’t have muscle and bone like this.” As He said this, He showed them His hands and feet. They still couldn’t believe what they were seeing. It was too much; it seemed too good to be true. He asked, “Do you have any food here?” They gave Him a piece of leftover fish they had cooked. He took it and ate it right before their eyes. (Luke 24: 36-43 MsgB)

Ever had a weekend from hell?

While we twenty-first century folks go on and on at times about our trials and hardships, we need to reflect a bit more about how bad the first-century disciples had it during the weekend we now call Maundy Thursday to Good Friday to Easter Sunday.

This has been a weekend to remember for Jesus’ family, friends and associates. On Thursday evening at sundown, Passover begins. The Seder dinner proceeds just as it usually does but with a very strange twist at the end. A long night of betrayal and rejection has begun. By early Friday morning, all of Jesus’ closest friends, except Peter, have abandoned Him. By mid-morning, Pete’s gone as well.

Friday is a whirlwind of terror. Jesus is wrongly convicted of crimes He never committed, beaten and bruised, crucified mercilessly on a cross outside the city. By noon, Jesus’ body hangs from that bloody tree and the sky begins to grow dark. The earth shakes violently and the residents of the city of Jerusalem experience an unannounced total eclipse of the sun. By late afternoon, some last minute arrangements for Jesus’ burial are being made. A few of the women in Jesus’ traveling party assist a member of the Jewish High Council, one who is sympathetic to Jesus’ cause, to remove His body from the cross. They hurriedly place the broken and bleeding body in a freshly cut tomb before the day ends with sunset. Final details will have to wait until after the Sabbath. All the while, Jesus’ disciples are hiding away, keeping to the shadows lest they, too, are brought to trial.

Saturday, the Sabbath, is a quiet day of mourning for all involved. Yet in the Temple, arrangements have been made with the Roman guard to post a squad of soldiers at the tomb lest some of Jesus’ disciples come in the night, steal the body, and start claims that this crucified man has now risen from the dead. No such activity happens. The fear of crossing these Roman soldiers with swords and spears is more than enough to deter any religious zealot from trying anything so stupid.

On Sunday morning, the weekend from hell continues.

Some of the women report having an angelic visitation at the tomb. The disciples blow it off as just another example of womanly imagination. Only Peter and John have a glimmer of hope in them to step into the light and run to the gravesite. The women were right when they said the body is gone, but Pete and John leave it at that and fall into deeper despair. By Sunday late evening, much of the group has gathered once again. Two of the disciples have returned from Emmaus (we’ll talk about that story later this week). They tell an interesting tale that perks everyone’s attention. They claim Jesus walked and talked with them. They claim He even ate supper with them before He disappeared.

But apparently, the miracle stories are still not moving these guys. The weekend from hell has taken a severe toll on all of them. No one is ready to buy into these outlandish resurrection stories quite yet. Grief has a way of robbing hope from us, don’t you know?

That leaves only one possible option.

Now that changes everything!

My prayer: God, my God, what a turn in events! The moment Jesus steps into that room with His disciples on Sunday evening, Passover 33 AD, the whole world is about to change. This is the game-changer we’ve all been waiting for. This is the reality of dreams once only imagined. The weekend from hell has ended and now we can get on with our lives. Now, because He lives, we can face tomorrow. For Your name’s sake. Amen.

My questions to ponder: How can I take this amazing resurrection story of Jesus of Nazareth and allow it to change my weekend from hell into life eternal? Now that Jesus is alive and well, what practical application does that have for me and my life? What changes can happen because now, Jesus lives?

So what is God speaking to you today as we ponder together The Ignatian Adventure?

Over an eight month period, you and I will be working our way through the Spiritual Exercises of Saint Ignatius. For more information on our journey and how to begin…click here!

To go onto the next journal entry…click here.