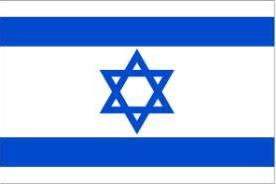 They’ve kicked me (Israel) around ever since I was young, but they never could keep me down. Their plowmen plowed long furrows up and down my back;
Then God ripped the harnesses of the evil plowmen to shreds.

Oh, let all those who hate Zion grovel in humiliation;
Let them be like grass in shallow ground that withers before the harvest.

Back in the day, (1972 to be exact), Jim Croce wrote one of those memorable folk songs people tend to remember for a lifetime. “Don’t Mess Around With Jim” was one of those catchy little tunes that told a humorous story with a big life-lesson attached. The chorus went like this…

You don’t tug on Superman’s cape.
You don’t spit into the wind.
You don’t pull the mask off that old Lone Ranger,
And you don’t mess around with Jim.

Pondering on Psalm 129 today kinda reminds me of Croce’s old song, warning folks to not do something so stupid, they will regret it for a lifetime. Too bad a lot of Israel’s enemies haven’t heeded these warnings over the years! History certainly proves that things don’t work out too well for those who decide they can take on Israel and try to destroy God’s people.

First, there was ancient Egypt. Pharaoh believed himself to be the most powerful agent of war on the earth at the time. Without a doubt the Egyptian armies were to be feared and the Hebrew people were nothing but slaves in the hands of their cruel masters. But then there was God and His earthly agent, Moses. Within the blink of an eye, the tables were turned and Moses and God’s people were living high and dry on the other side of the Red Sea while Pharaoh and his army were doing their best to avoid God’s wrath, treading waters they thought they once owned.

Next, let’s fast forward to King David’s day. Israel was just another dot on the map with enemies surrounding them. But with God warring on Israel’s behalf, the enemies of the Hebrew people were scattered while King David and his son, Solomon, set up, what has become to be known, as the golden age of Israel’s long history.

How about a story from more modern times? The people of God had been scattered to the wind and a proud man named Adolph Hitler took it upon himself to finish off the Hebrew people. Over 6,000,000 Jews were eliminated with Hitler’s Final Solution, making many around the world believe that God’s people had finally met their match. But alas. Within four short years of Hitler’s finest hour, his beloved Berlin lay in ashes, the Third Reich destroyed, while the Fuhrer, humiliated to his very core, was left to commit suicide in the darkness of night.

Let’s be honest, folks. Only a fool would be stupid enough to pull on Superman’s cape, or spit in the wind, or pull the mask off the old Lone Ranger, or mess around with Israel!

And yet, here we are again. Iran, Iraq, Syria, and even Israel’s ancient foe, Egypt, appear ready to try it again. Don’t these folks remember 1967? That six-day war once again proved that folks don’t fool around with Israel without severe consequences. Don’t these Muslim nations have anyone in their midst who can read history and be reminded that it never goes well for those who try to take out the people of God?

And what about our dear Uncle Sam? I don’t want to make this blog into a political commentary, but as I see it, it might do us well right now to remember our longtime commitment to this unique people called Israel.

My prayer: Father, like it or not, history has a unique way of pointing out the fact that You have an amazing way of protecting Your people, Israel, even when the odds against them seem overwhelming. Your Word clearly indicates that it’s not wise to take on the Jewish people as an enemy, so as a Gentile who owes everything to this family tree, I choose, this day, to embrace God’s people as my comrades. I pray for peace in Jerusalem and ask You, oh God, to lead the nations of this earth to live in peace with Your people. For Your name’s sake. Amen.

My questions to ponder: How might I have listened to replacement theologies and dismissed the people of God from all the Lord is doing on the planet today? How might I work to restore a loving relationship between Christians and Jews? How might God use me to be a repairer of trust between the ancient people of God and others, thus becoming a peacemaker among nations rather than one who stirs up division and violence?

Over a 50-week period, you and I will take a deeper look at The Psalms: God’s Songbook of Prayers. In order to keep all the blog sessions organized, we suggest you bookmark our Contemplating the Psalms home page for ease of use. Keep in mind that one of the best ways to explore the on-going applications of this blog series is to walk alongside a biblically-based, Christ-centered spiritual director who is familiar with how to make material like this part of your overall spiritual formation in God. Many of our directors in our Contemplative Activist network are available to companion you in your journey with Jesus. Click here for more info.