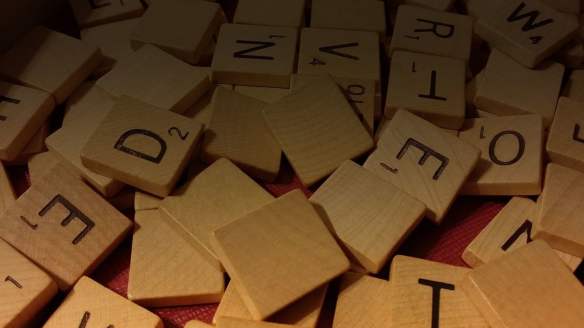 Some Sadducees came up. This is the Jewish party that denies any possibility of resurrection. They asked, “Teacher, Moses wrote us that if a man dies and leaves a wife but no child, his brother is obligated to take the widow to wife and get her with child. Well, there once were seven brothers. The first took a wife. He died childless. The second married her and died, then the third, and eventually all seven had their turn, but no child. After all that, the wife died. That wife, now—in the resurrection whose wife is she? All seven married her.” Jesus said, “Marriage is a major preoccupation here, but not there. Those who are included in the resurrection of the dead will no longer be concerned with marriage nor, of course, with death. They will have better things to think about, if you can believe it. All ecstasies and intimacies then will be with God. Even Moses exclaimed about resurrection at the burning bush, saying, ‘God: God of Abraham, God of Isaac, God of Jacob!’ God isn’t the God of dead men, but of the living. To Him all are alive.” Some of the religion scholars said, “Teacher, that’s a great answer!” For a while, anyway, no one dared put questions to Him.

But Jesus knows right from the start that these wise guys aren’t really interested in His answers to their questions on marriage in the afterlife. They are only looking for some kind of verbal slip-up that they can use in their prosecution case against Jesus. In a setting much like the political arenas of 21stcentury America, Jesus’ enemies are scouring every public word He says, screening for any kind of misstatement or verbal boo-boo that can be used to take Jesus and His Kingdom ministry to the proverbial cleaners.

But just to show us how brainless some of these religious leaders really are, Luke points out the obvious that these Sadducees are asking questions about something they don’t even believe in! Jesus, the object of their scorn, sees right through these men’s falseness, and bingo, nails these guys for who they actually are.

Jesus, knowing that both groups are on the hunt to discredit Him, does a masterful job in His response to the Sadducees’ question on marriage. He answers their long-winded question in such a way that the Pharisees in the temple that day would immediately pipe in, believing that Jesus’ answer is meant to support their view of the afterlife while discrediting the Sadducees. This masterful stroke of genius from Jesus pulls all the attention off of Himself, leaving His distractors to stand there, arguing amongst themselves over issues of religious doctrine.

I can see it now. The two groups of wise scholars, argumentative at their very core, just can’t let this theological rhubarb alone. So while Jesus slips quietly off center stage, giving His attention to much more important Kingdom issues like healing the sick, casting out darkness, and helping honest seekers find salvation in the mercies of God, His detractors go at it with each other, spending hours on meaningless debate over theological differences that, quite honestly, won’t help anyone enter the Kingdom of God.

So it is with so much of the theological debate found around our churches and other religious institutions today. Don’t get me wrong here folks, but quite honestly, so many of our Christian think-tanks in America seem to be making the same error found in these religious leaders that surrounded Jesus. While we theologians sit in sterile classrooms, arguing the ins and outs of this Hebrew word or that Greek definition, millions of people in our cities are dying of spiritual hunger, looking for a fresh drink of water from the Kingdom cup of Jesus. And here we are debating theology and doctrine while people are literally going to hell in a handbasket! And in the process, the Kingdom ministry of Jesus waits on the curb, idle; while we Christians argue on what type of Bible translation we should use for our next evangelistic outreach!

Come on, guys and gals. It’s time we major on the majors. Like Jesus says here, in heaven, all of our perspectives will be completely different from they are here today on planet earth. So knowing a lot of these deep theological questions we have about the future will be answered much more easily on the other side, let’s get about the basic Kingdom business at hand. Let’s go seek out the lost and dying of our world, loving ‘the hell’ out of them today, helping them to grow closer to Jesus of Nazareth.

As I see it, we can sort out the deep theologies and other mumbo jumbo word games later. OK, gang?

My prayer: God, while solid theology is vital to our Christian faith, may I never become like the Pharisees or Sadducees, who major on the minors of theology while completely missing the in-breaking presence of the Son of God that was occurring before their very eyes. Holy Spirit, please help me focus on those things that are truly important, for Your name’s sake. Amen.

My questions to ponder: What mumbo jumbo word games am I playing with Jesus? Where am I majoring on the minors, using valuable time that is meant for Kingdom purposes on earth, debating about heavenly details I only need to know on the other side? How can I find the radical balance where my theology is solid but my practical methodology of my Kingdom faith is not lost in high pursuit of more knowledge?

So, what are you experiencing today as we are journeying through this Lenten Adventure?

Over a 48-day period (from Ash Wednesday through the Monday after Easter), you and I will be taking a deeper look at the stories surrounding the life and ministry of Jesus (especially the last week known as Holy Week) as recorded in the Gospel of Luke. In order to keep all the blog sessions organized, we suggest you bookmark our Our Lenten Journey home page for ease of use.

Click here to go onto the next Lenten session…